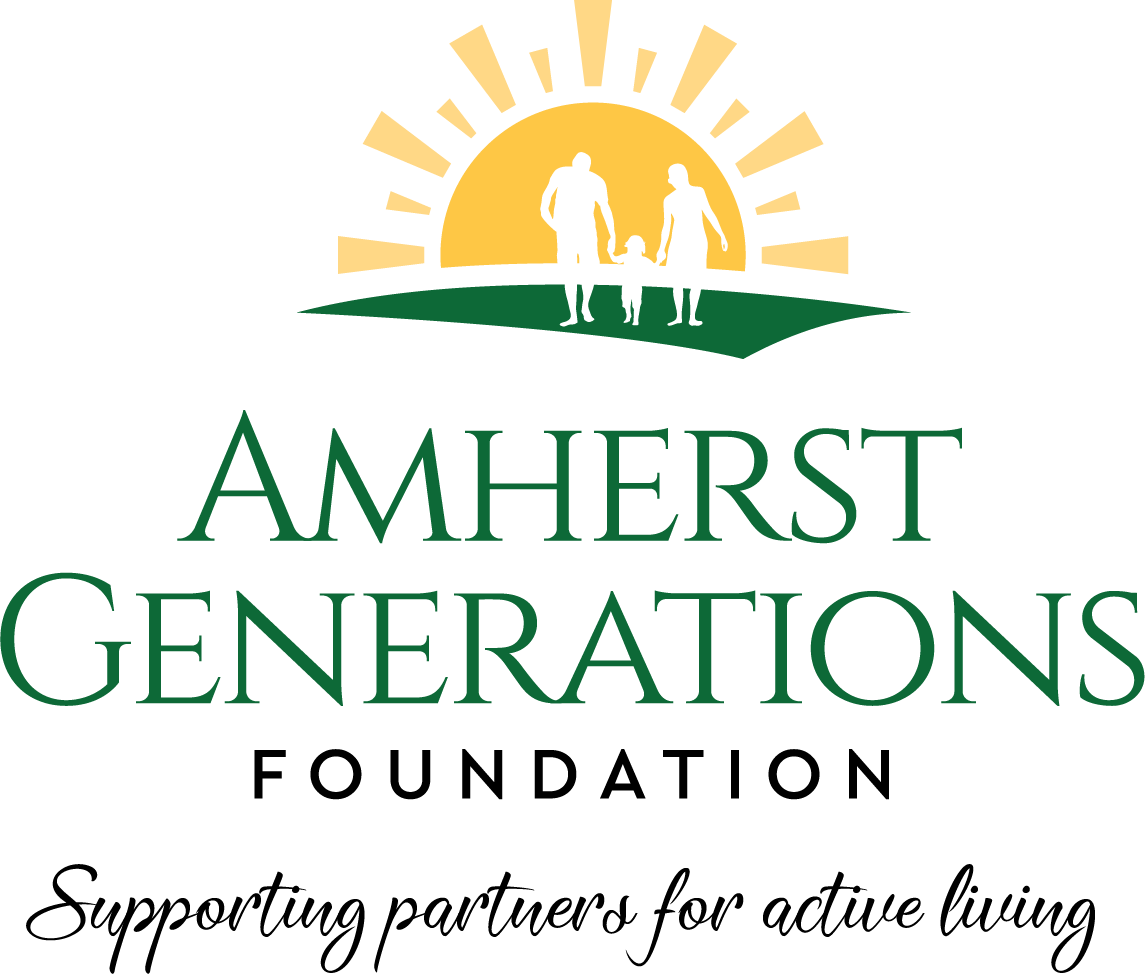 The Amherst Generations Foundation (AGF) was established in 1992 and is committed to raising and distributing funds to support services and activities that promote the welfare and vitality of senior citizens in the town of Amherst. AGF is a 501(c)(3) corporation, according to provisions of the Internal Revenue Code, and contributions are tax deductible.

Originally organized and staffed entirely by volunteers, the growth of AGF in recent years has required the creation of the position of Executive Director to ensure efficient operations, fund raising activities, and public relations campaign execution. The Executive Director works closely with an active and involved Board of Directors to successfully carry-out the mission of the Foundation.

AGF has grown significantly since its inception, when its principal activities were limited to selling items to fund projects, sponsoring an annual awards luncheon and, appearing at community events to promote visibility. Among the Foundation’s early allocations were contributions to Amherst Adult Day Services to support clients and families who could not afford the costs, funding to install automatic doors in the former Senior Center on Union Road, and funds for the purchase of a van to transport seniors to the Center.

The Foundation Board was very supportive of efforts to build a new Senior Center on Audubon Parkway for residents of the Amherst community. AGF funded a feasibility study to determine how much money a Capital Campaign would raise and launched the effort, which ultimately raised almost $400,000.

Plaques are proudly displayed outside most rooms at the Amherst Senior Center, indicating major contributions of various donors over the years. In addition, the Wall of Friends inside the front entrance of the Senior Center includes the names of all major donors at gifting levels of $1,000 or more.

The AGF also opened and operates the Gift Shop and Café in the Senior Center, proceeds of which go to the Foundation. Spring and Fall fund-raising activities are held each year, and sponsors are solicited to help defray costs and raise money.

The results of these activities have enabled AGF to contribute to a wide variety of causes, benefiting older adults within the Amherst community.

The AGF has made contributions to the following Amherst-based organizations: